Is Now a Good Time to Scoop Up Shares of Hydrofarm Holdings?


Hydrofarm Holdings (HYFM) has seen its shares plummet in price over the past month on investor concern over its disappointing first-quarter results. Also, because HYFM continues to cope with multiple near-term headwinds, the question is, is it worth betting on the stock now? Read on, let’s find out.

Recently, investment analysts at Stifel Nicolaus downgraded the stock’s rating to “hold” from “buy” and reduced their price objective to $8.00 from $13.00. 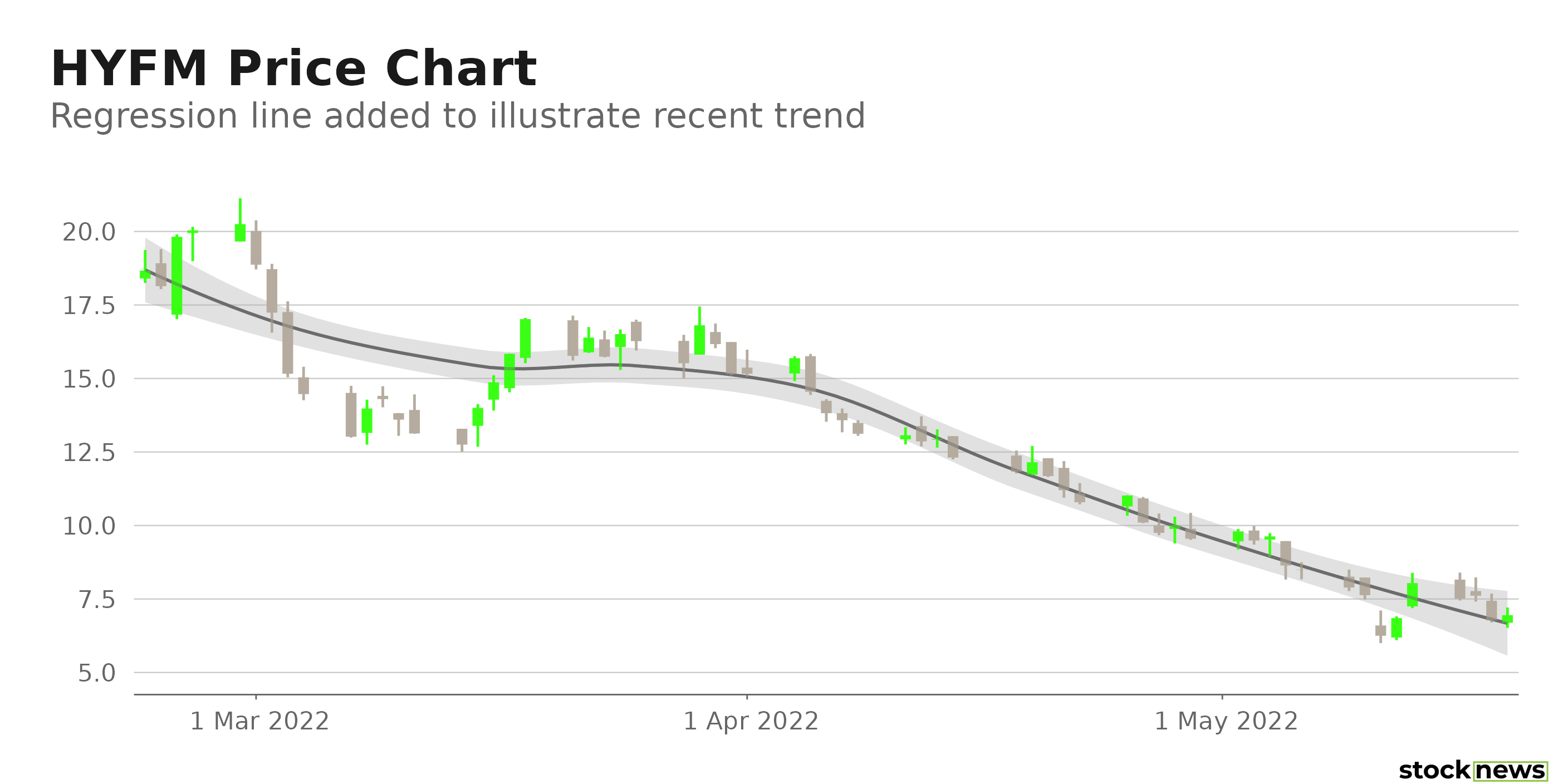 Here is what could shape HYFM’s performance in the near term:

HYFM’s net sales declined slightly year-over-year to $111.38 million for the first quarter ended March 31, 2022. Its operating loss came in at $26.39 million compared to $6.38 million in operating income in the prior-year quarter. The company reported a $23.29 million net loss versus net income of $4.94 million in the first quarter of 2021. Its loss per share amounted to $0.52 over this period.

HYFM has an overall F rating, which equates to a Strong Sell in our proprietary POWR Ratings system. The POWR Ratings are calculated by considering 118 distinct factors, with each factor weighted to an optimal degree.

Our proprietary rating system also evaluates each stock based on eight distinct categories. HYFM has a D grade for Quality, which is justified given the company’s poor profitability.

Among the 78 stocks in the B-rated Industrial – Machinery industry, HYFM is ranked #76.

Beyond what I have stated above, you can view HYFM ratings for Growth, Value, Momentum, and Sentiment here.

Click here to check out our Industrial Sector Report for 2022

HYFM’s declining sales and deteriorating bottom-line performance have raised investors’ concerns about its prospects. Also, analysts expect its EPS to decline 50% in the current quarter (ending June 30, 2022) and 39% in the current year. In addition, the stock is currently trading below its 50-day and 200-day moving average of $12.05 and $27.74, respectively, indicating a downtrend. So, we think the stock is best avoided now.

How Does Hydrofarm Holdings Group Inc. (HYFM) Stack Up Against its Peers?

While HYFM has an overall F rating, one might want to consider its industry peers, Amada Company Ltd. (AMDLY), Donaldson Company Inc. (DCI), and Thermon Group Holdings Inc. (THR), which have an overall A (Strong Buy) rating.

HYFM shares were unchanged in premarket trading Friday. Year-to-date, HYFM has declined -75.43%, versus a -17.75% rise in the benchmark S&P 500 index during the same period.

About the Author: Pragya Pandey

Pragya is an equity research analyst and financial journalist with a passion for investing. In college she majored in finance and is currently pursuing the CFA program and is a Level II candidate.

The post Is Now a Good Time to Scoop Up Shares of Hydrofarm Holdings? appeared first on StockNews.com

10 Foods to Avoid with Kidney Disease and Diabetes- HealthifyMe